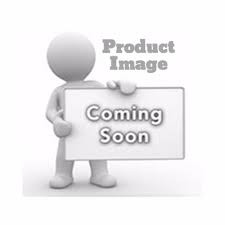 Description
Show More
Product Format
Product Details
ISBN-13: 9780792181194
ISBN-10: 0792181190
Content Language: English
More Product Details
Carton Quantity: 0
Product Dimensions: 7.50 x 0.70 x 5.40 inches
Weight: 0.25 pound(s)
Feature Codes: Closed Captioned
Country of Origin: US
Subject Information
Dewey Decimal: 791.437
Descriptions, Reviews, Etc.
Actor: Redford, Robert
Jean-Michel Cousteau is president of Ocean Futures Society, which is dedicated to communicating with the public on critical marine issues and helping to activate action partnerships amongst decision makers.
In addition to his work as an actor, director, and producer, Robert Redford has been a noted environmentalist since the early 1970s. His advocacy has covered a wide spectrum of environmental and conservation issues including involvement in the passage of many landmark pieces of environmental legislation, and the preservation of those protections in ensuing years. He has been a trustee of the Natural Resources Defense Council for twenty-six years.
Vicki Goldberg is one of the country's leading photography critics. She is the author of "The Power of Photography: How Photography Changed Our Lives" and "Margaret Bourke-White: A Biography." She writes frequently for the "New York Times" and "Vanity Fair."
Sue Hostetler has traveled the world as a social documentary photographer capturing civil unrest and the delivery of medical aid to wartorn areas such as Rwanda, Chechnya, Azerbaijan, Guatemala, and Cuba. She now works as a photo editor. As well as conceiving and compiling "Oceans," Sue orchestrated the benefit auctions in New York and San Francisco, which will support the NRDC, and that accompany the release of the book. She lives in New York City.
Show More
List Price $6.99
Your Price  $6.22